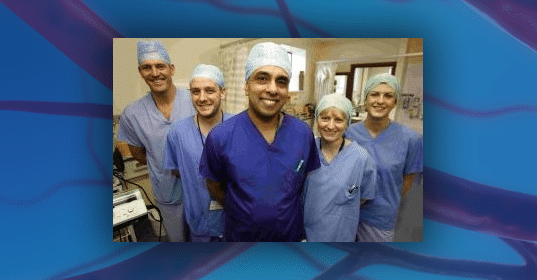 Specialising in the Treatment of Varicose Veins

Mr Wijesinghe has been a consultant vascular surgeon since 2002 having graduated from the University of Cambridge. He has served on the Council of the Vascular Surgical Society of Great Britain and Ireland and is a Fellow of the Royal College of Surgeons, and the European Board of Vascular Surgery. He was elected to the Council of the Royal College of Surgeons of England in April 2020 for a four-year term.

His NHS practice is based within the Dorset and Wiltshire Vascular Network centred at the Royal Bournemouth Hospital.

For more information about how we are regulated please visit our Regulation Page.